Our parish family has been created by joining in unity Our Lady of Lake Huron (Harbor Beach) and St. Anthony of Padua (Helena) faith communities.  Our special feastday honors the Holy Name of Mary, September 12th.  Each year our parish family gathers for a special Mass and festival in honor of Our Lady.

Our Lady of Lake Huron Church 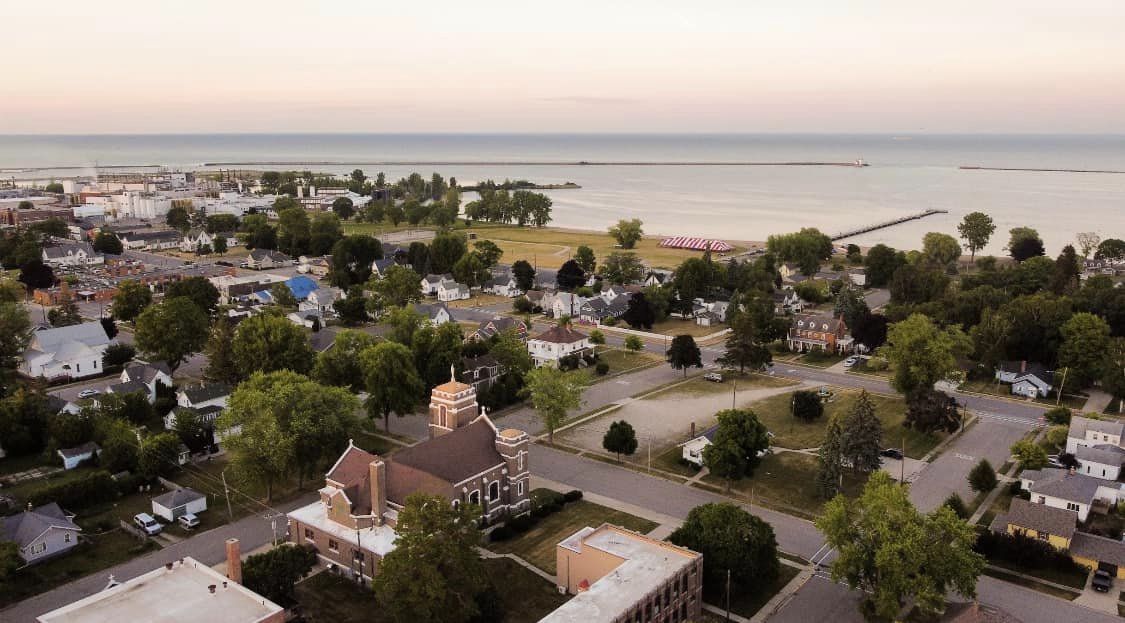 The parish began as St. Vincent de Paul and parish records indicate that Mrs. John E. Murphy was influential in the selection of the new name.  The Murphys had generously contributed to the construction costs of the church.

Missionaries ministered to Catholic residents of Harbor Beach and celebrated Mass in homes.  The first congregation was made up of Irish, Polish, German and Scottish immigrants and the first Catholic Church in Harbor Beach (named St. Vincent de Paul) was built in 1882.  Bishop Borgess from the Diocese of Detroit dedicated the church in 1885 and its name was changed to Our Lady of Lake Huron.  In 1899, Father Charles Henigan became its first pastor.  When Father Raymond Fleming arrived in 1912, plans for a new church began.  The old church was moved and work on a new stone and brick church was completed in 1917.  The school was established in 1924 and its last high school graduation was in 1970.  The parish celebrated its 100th anniversary in 1982.

The present church was designed in Tudor Gothic style by Van Leyen & Schilling of Detroit.  The stain-glass windows are a main feature of the building, and these towering winders tell the stories of Mary learning the Scriptures, through the life of Jesus and Mary on earth.  Please visit our page which highlights these special windows.  They have served as a tool for catechesis throughout many years, highlighting those truths which are so central to our Catholic faith. Father Anthony Strauss was assignd as the church's first pastor, and was so well loved it is believed the church was named for his patron saint, St. Anthony of Padua.  Feast day: June 13.

Many of the grandfathers and great-grandfathers of today's parishioners helped in the church's construction.  The great fires of 1871 and 1881 that consumed other churches led to the choice of cement block for the current structure.  Parishioners donated hours of heard labor hoisting block and mortar up to 70 feel in the air in its construction.  The church's exterior was renovated from 2008 to 2010.

In 1911, a 38-inch brass bell cast in Baltimore, with a 65-inch balance wheel was hoisted atop the bell tower. 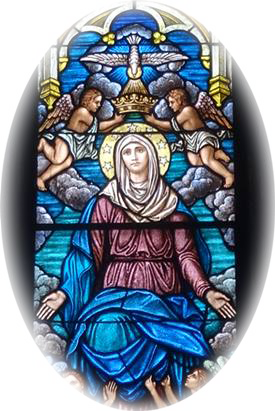 The Catholic Encyclopedia explains that "[w]e venerate the name of Mary because it belongs to her who is the Mother of God, the holiest of creatures, the Queen of heaven and earth, the Mother of Mercy....[T]he feast commemorates all the privileges given to Mary by God and all the graces we have received through her intercession and mediation."

Reflection
Mary always points us to God, reminding us of God’s infinite goodness. She helps us to open our hearts to God’s ways, wherever those may lead us. Honored under the title “Queen of Peace,” Mary encourages us to cooperate with Jesus in building a peace based on justice, a peace that respects the fundamental human rights of all peoples.